A journey into exotica with Bombay Dub Orchestra

East-west fusions have been going on since at least the early 1960s when Indian sitarist Ravi Shankar sat down with musicians like jazz saxophonist Bud Shank and classical violinist Yehudi Menuhin.  That cross-legged crossover hasn’t stopped and one of the latest iterations comes from the Bombay Dub Orchestra.

Bombay Dub Orchestra put out their first album in 2006, and it redefined the east west landscape. It was created by two veteran English musicians. Garry Hughes and Andrew T. Mackay. Hughes had put out a pair of solo electronic CDs in the 1980s and went on to work with Björk and helped launch the band, Euphoria. Mackay was a journeyman musician playing keyboards and doing orchestral scoring. They got together on a session that took them to Mumbai, India and the idea of Bombay Dub Orchestra, to combine Bollywood string orchestras, Indian solists and electroni 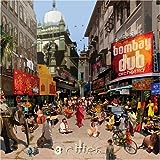 There are a lot of acts sampling world music, but Bombay Dub Orchestra’s compositions are played  by live musicians, 70 or so on their new CD, 3 Cities. Bansuri flutes, sitars, and santoors float through a landscape of lush Bollywood string orchestras arranged by Andrew T. Mackay.   Bombay Dub Orchestra set these acoustic instruments in an electronically percolating backdrop mostly provided by Garry Hughes’ from his collection of vintage synthesizers. Garry creates the soundpool where east and west, ancient and modern converge.

The new album by The Bombay Dub Orchestra is called 3 Cities.  The name is a reference to their travels to London, Mumbai and Chennai to record the album and it has a cinematic expanse, like one of those exotic 1950’s road movies transferred to the 21st century.

Bombay Dub Orchestras 3 Cities is the Echoes CD of the Month for November and I’ll be featuring it next Monday, November 3 and we’ll hear an interview with Bombay Dub Orchestra the following Monday, November 10 on Echoes. This has been an Echo Location, Soundings for New Music.  You can hear an audio version of this Echo Location with music.  You can also read a full review of 3 Cities.
John Diliberto ((( echoes )))