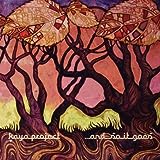 Global ecstacy in a digital world from Kaya Project

You can hear an audio version of this blog with music. Echo Location: Kaya Project

Seb Taylor started out as a Death Metal and Thrash guitarist, but you’d never know that from his many recording personas, among them, Shakta, Digitalis, Angel Tears, Hibernation and Kaya Project. Ever since he got digital, Taylor has been dancing through variations on trance, downtempo and especially, ethno-electronica.

He was recording Techno-trance music when he formed Kaya Project with keyboardist and singer Natasha Chamberlain. Like a bunch of other English outfits, including Loop Guru, Trans-Global Underground and Bombay Dub Orchestra, Kaya Project takes world music elements and mixes them in electronica landscapes.

The third Kaya Project release is called And So It Goes. The title may suggest a certain resigned attitude or a nod to Billy Joel. Speaking from his London studio, Seb Taylor says that neither was the case.

Seb Taylor: And So It Goes is actually a tribute to Kurt Vonnegut. That’s something he used to mention in some of his books. Later on I also found out it was a song by Billy Joel, so, I may not have called the album that if I’d known at the time.

The music of Kaya Project is constructed as much as it’s composed. A song like “The Source,” comes from different sessions, different times and different parts of the world as well as both physical and virtual realities.

Seb Taylor: That track originally started by somebody getting in touch from mypace, an amazing singer named Deeyah. That finger-picked sound was a friend playing mandolin in the studio that day. The violin I recorded in India a couple of years ago at some really fantastic Bollywood sessions. So they are all completely disparate elements brought together in one space. 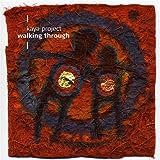 For Seb Taylor, even Americana is world music. His guitar playing draws deeply on American blues and folk.

And So It Goes, by Kaya Project is the Echoes January CD of the Month. Seb Taylor also recently released an album under his Hibernation guise, Some Things Never Change on the AlephZero label. That CD is an album of swampy electronics and mysterious voices from the edge. This has been an Echo Location, Soundings for New Music.

You can read a more extensive review of And So It Goes here.