Nearfest names the stars of this year’s line-up 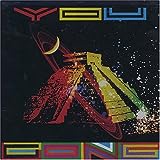 Gong is the legendary space rock group that began life after Daevid Allen, an Australian, was denied entry into England with his band, The Soft Machine.

The group has existed off and on for over four decades with many incarnations including a long stint in the 1980s when Allen wasn’t involved at all. Allen created a fantasy world where bandmembers had pseudonymns and portrayed the mythology of Zero the Hero, Planet Gong and the Octave Doctors.   It was cosmic, whimsical and often dadaesque.  Allen was the one who recognized the possibilities of Syd Barrett’s glissando guitar style and expanded it into the spectacular spacescapes on albums like You as well as a nice pure glissando guitar solo recording called Twenty-Two Meanings.  Talk to Steve Roach, Ozric Tentacles, Robert Rich, or Ian Boddy and you’ll find musicians influenced by Gong.

I’ve had some of my most amusing interviews with Allen, including one at KALX in Berkeley in 1980 where midway through the interview Allen went into a spontaneous rant, ran out of the studio down the hall and I think out the door, still rapping, before returning to the studio just as his rant concluded.

I saw the Pierre Moerlen version of Gong a few times and a Daevid Allen led edition with Bill Laswell on bass at the Zu Manifestival of Progressive Music in the 1978. At that concert, Allen essayed Gong’s Radio Gnome Invisible Trilogy and right when the line, “Cops at the door” from “Perfect Mystery” was recited, the police actually pulled the plug on the power.  In the dark, Allen led the audience in chant from You.

With the deaths of drummers Pip Pyle and Pierre Moerlen, and legal problems besetting synthesist Tim Blake, it’s impossible to have anyone’s quintessential version of Gong appear, but this Nearfest edition will be the closest in quite some time. It includes Allen, guitarist Steve Hillage, Gilli Smyth, Miquette Giraudy and Mike Howlett, all core members, augmented by Chris Taylor and Theo Travis.

Gong spun off many bands including the American-based Gongzilla, but the best is Steve Hillage who has taken the promise of Gong and truly transformed it with his System 7 and Mirror System projects.

Gong will join two other bands from the 70s, Supersister and PFM and relatively new bands like D.F.A, Cabeza de Sera, Quantum Leap, Beardfish and Oblivion Sun at this year’s Nearfest, June 20 and 21st at the Zoellner Arts Center in Allentown, PA.

Note to Nearfest organizers. This is so obvious, I bet you’re already on top of it. Since you’ve already got Hillage and Giraudy there as part of Gong, why not book them as System7/Mirror System for their own set. Seeing Gong will be a wonderful exercise in nostalgia, great music that many of us will see performed live for the first time by its originators. But Hillage and Giraudy are making music for the 21st Century, music that truly progresses from the prog-styles of the 70s. Let’s put some progress in Progressive Rock.