From Alice Cooper to Other Planets– Erik Scott takes a cosmic bass trip.

You can hear an audio version of this blog, with music.

There have been a lot of virtuoso electric bass albums released over the years. Musicians like Jaco Pastorius and Stanley Clarke tried to become gunslinging front men with an instrument that’s usually holding down the bottom end of a groove. But bassist Erik Scott says he never really listened to those musicians.

Erik Scott: I never owned a bass solo album because so many of them were technical displays or sound. Some of them even sounded like exercise videos or something, as opposed to music.

That may explain why his solo debut, Other Planets, is so different from most bass guitar albums. Scott isn’t a frustrated electric guitarist. He dives into the deep soul and nuances of the bass, extracting sensuous melodies and atmospheric moods.

The Chicago-based musician has played on numerous sessions for people like Kim Carnes, Tonio K and Ted Nugent. He spent a couple of years playing with Flo and Eddie, who had been lead singers with both The Turtles and Frank Zappa. In the early 1980s he was bassist and composer with Alice Cooper during the shock rocker’s Special Forces period. 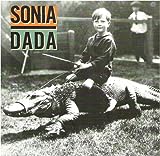 But it was with the Chicago band, Sonia Dada that Scott came into his own. He’s been a member of the group since their first album, which included the hit song, “You Don’t Treat Me No Good.” On the last Sonia Dada album, Test Pattern, Scott slipped in the instrumental track, “Sundogs.” That led to his debut solo album, Other Planets. An expanded version of “Sundogs” reappears there as the title track.

Other Planets is a spacious album with much of that atmosphere coming from pedal steel guitarist John Pirruccello with a cosmic country version of Pink Floyd guitarist David Gilmour’s sustained guitar leads. And remember, Gilmour played lap steel on Dark Side of the Moon.

The music on Other Planets is a long way from Sonia Dada, let alone Alice Cooper. Just hitting 61, Erik Scott can still rock out, but he’s experiencing a quieter state of existence these days.

Erik Scott: Right now I’m looking out the window and see pine trees, a frozen lake covered in snow. It’s just that kind of expanse I’m just looking at here in the dead of winter and I’m down here in the studio by myself so, it’s not the type of atmosphere that would make me want to break out into “Welcome to the Jungle.”

You can hear Erik Scott’s landscapes on Other Planets. It’s our February CD of the Month and I’ll be featuring it on Monday’s show. This Echo Location will be broacast by WXPN, 88.5 Philadelphia (www.wxpn.org) on Wednesday morning, January 28 about 9:30 AM. You can download the podcast from their site. This has been an Echo Location, Soundings for New Music.