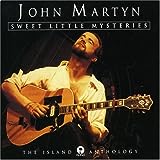 British singer-songwriter John Martyn passed away this morning, January 29. He was 60.

I’ve drifted away from Martyn’s music over the years, but in the 1970s and early 80s, he was a favorite. He had a soft, slurred whiskey tinged voice that he coupled with finger-style melodies. Later on, he began using an Echoplex, an early looping and delay device based on audio tapes. 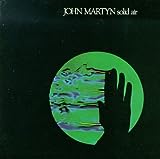 His 1973 album, Solid Air, was a classic, marrying Nick Drake-style personal meditations with even more expansive musical landscapes. There’s a very nice profile of him at the  on Wikipedia and the  BBC.

My own personal memory of John was seeing him at the Main Point in Bryn Mawr, Pennsylvania around 1975-1976.  He was the headliner on a four person bill with Ed Begley Jr, the comedian who later became an actor on St. Elsewhere, Kevin Roth, a dulcimer playing singer-songwriter, and Jamie Brockett, a charismatic folky. After three sets of laughs and charm, along comes John Martyn, pleasant in that gruff British, boozing way, but not pandering, plugging his guitar into an Echoplex and amp, and going headfirst into his elaborate, and largely improvised excursions. It was the music you could hear on his album, Live At Leeds.

Throughout his set, the folky audience walked out in a steady stream, until by the end it was just me, my college roommate, Mitch,  and a couple of others.  But John never let up and  I was completely enthralled.

He certainly didn’t lead the life of a Sunday’s Child, one of his album titles.

Thanks to www.progressiveears.com for the heads-up.