I’ve never been a big fan of Prince, although I’ve always respected his obvious genius, distinctive vision and even enjoyed a lot of his songs, especially in the 1999-Purple Rain zone. 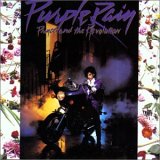 I realize that I probably miss the point of Prince entirely. For me, he was always a bit too much about image over music. I remember I briefly had the same problem with Jimi Hendrix. He was a wild, flamboyant dresser at the height of psychedelic couture. But when you saw him in TV appearances, talking to people like Dick Cavett, it was evident that under the boas and tasseled pants, there was actually a real guy with whom you could probably have a beer (or a joint). But I don’t think anyone feels that way about Prince with his preternatural appearance, demeanor as an aloof Pan and preening, superstar veneer. Plus that falsetto he uses drives me up a wall. (I’m from the “anything sung in a falsetto will sound better sung in a natural voice” school, i.e., the Tom Jones/Art of Noise version of “Kiss” vs. Prince’s original.) But listening to his new album, Planet Earth, I was struck again by what an astounding guitar player he is.

The album overall isn’t inspired with to many facile R&B grooves and banal, socially conscious lyrics, but on “Guitar” he shreds distortion laden overdrive guitar lines that sing like they’re the sonic keys to heaven. It reminded me of when Prince played at the induction of George Harrison into the Rock ‘n’ Roll Hall of Fame, he just wailed on “While My Guitar Gently Weeps.” Usually when I see Prince perform, he’s acting at emotion, passion and commitment, usually with a wink. But when he solos on guitar, he seems at one with the music. Prince has made instrumental recordings, the jammy News, four songs, each 14 minutes in length. There was also his disco score to the first Batman film and a few other soundtracks and a couple of download only, jazz/exotica discs Xpectations and Kamasutra.

But I always wondered what Prince would sound like doing an electronica-rooted album. Imagine Prince on a Steve Hillage/System7 track, swept away on a landscape by Future Sound of London or The Orb or locked into a Steve Tibbetts’s Exploded View groove (actually, I wouldn’t mind hearing that from Steve Tibbetts these days). Maybe he could just add those siren melodies to a trance track from Explosions in the Sky. No vocals, just Prince orchestrating skyrockets on guitar.

I have been a Prince fan since early 80’s. I would also love to hear an electronica record by him but doubt he would create one. The project is just not commercially viable! Too bad though… I think after the backlash he faced with n-e-w-s, he would be hesitant to do such a project. But who knows. No one is more unpredictable than the purple one.