Echoes the radio show owes its name to Pink Floyd’s “Echoes” and that song’s signature sound was the opening sonar pings of Floyd keyboardist, Richard Wright.  He died today, September 15 at the age of 65, reportedly after a losing bout with cancer.  The BBC has one of the earliest obituaries. 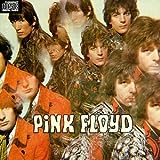 Wright was an original member of Pink Floyd. Although he got aced-out into a supporting role after the departure of Roger Waters and the reformation of the band, his organ was a defining sound of Pink Floyd from the stuttering Leslie-spun organ intro to “Astronomy Domine” to the crazed psychedelic calliope of “See Emily Play.”

Wish You Were Here was as much a Richard Wright showpiece as a paean to Syd Barrett.

A musician who had listened to blues as much as  Edgar Varese and Cecil Taylor, (Listen to “Sysyphus” on Umma Gumma)  Wright was usually an understated player, building up a sonic architecture around Floyd’s excursions instead of engaging in flashy keyboard solos.

Richard Wright, a relatively unacknowledged source at the core of much of the music you hear on Echoes.  His echoes at least, will continue to reverberate.