The 51st Annual Grammy will be broadcast this Sunday, February 8 and as usual, don’t expect to see any Echoes artists on it. Not that there aren’t some cool artists nominated in major categories, among them Coldplay, Radiohead, Robert Plant & Alison Krauss and Beck.

And of course, there’s always New Age, the category no one wants to be in, yet, all five nominees are core Echoes artists.

You can hear our Grammy Soundscape tonight on Echoes on the radio, and Echoes Subscribers can get it  beginning on Friday, if not earlier at Echoes On-Line.

Here’s my picks in the categories where anyone might care what I pick.

Will Ackerman: Meditations
Will Ackerman’s Meditations is essentially a reprise of his 2004 Grammy-winning album, Returning, on which he re-recorded a bunch of his older tunes.  He does  the same with half the tracks on Meditations, the others being new pieces.  It’s a pretty album with subtle arrangements from Philip Aaberg, but we have been here before.

Jack  DeJohnette: Peace Time
DeJohnette is a  jazz drumming genius who’s work with Charles Lloyd, Miles Davis, Keith Jarrett and countless others.  He’s also led many of the most exciting groups in jazz, like Jack DeJohnette’s Directions and Special Edition. Why he would want to make a generic sounding new age record is beyond me.

Peter Kater: Ambrosia
This is one of something like 5 albums that Kater put out in 2008.   If the Native American category wasn’t mired in traditionalism, his Sacred Earth: Wind of the East album would have been nominated there, but that would’ve been a better pick even in New Age. Ambrosia is a serene album of neo-chamber music for piano, cello, flute and “ambient” percussion that might be a little too muted.

Will Clipman: Pathfinder
R. Carlos Nakai’s percussionist of choice, Will Clipman makes an engaging CD of solo percussion music drawing upon his world rhythm orchestra of instruments.  Pathfinder is a brave album and something of a statement for Clipman who creates an work of shifting trance grooves with touches of melody, all percussion derived.

Ottmar Liebert & Luna Negra: The Scent Of Light
That would leave Ottmar Liebert’s The Scent of Light as the winner. He pushed his Nouveau Flamenco sound by expanding his compositions into quietly epic tone poems that are cinematic in scope and contemplative in form. The Scent of Light was an Echoes CD of the Month and I think it should win and I suspect it will.

This category is for a specific song and it has some great nominees, David Gilmour, Nine Inch Nails, Metallica, Rush and the Zappa Plays Zappa tribute band with Steve Vai.

I suspect Metallica’s Suicide & Redemption will take it. I think the Academy is still trying to make up for awarding  the first Heavy Metal Grammy to Jethro Tull‘s Crest of a Knave instead of Metallica’s …And Justice for All in 1989.  I’d pick “34 Ghosts” from NIN’s Ghosts I-IV

Best Native American Music Album
This category is especially distressing this year, with 2 traditional pow-wow ensembles, a CD of harmonized Peyote songs and album of healing songs. I give it to Songs From The Black Hills by Bryan Akipa, a nicely produced, and fairly deep album of Native flute songs. I think he has a good shot at winning it in a thin field.

Best Contemporary World Music Album
The only Echoes album here is Global Drum Project with Mickey Hart, Zakir Hussain, Sikiru Adepoju & Giovanni Hidalgo. It’s a pleasant, but fairly rote follow-up to their more expansive Planet Drum project from the early 1990s.  I suspect it will be beaten by any of the others, Lila Downs, Gilberto Gil, Youssou N’Dour or the Soweto Gospel Choir.

Best Classical Cross-over Performance
I’m pulling here for Ronn McFarlane‘s Indigo Road, an enchanting album of new music for Renaissance lute. Ronn gave a delightful performance this year on Echoes. I feel like this category has gotten more staid and traditional since it was first launched and this is the only album that swings it back a little.

Regarding the categories you’ll be seeing on TV I pick: 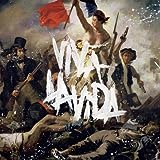 “Viva La Vida” by Coldplay for Song of the Year

Duffy for Best New Artist in a weak field.

You can see all the Grammy nominees here:

The live stream of the non-televised portion of the 51st Annual GRAMMY Awards — the GRAMMY Awards Pre-Telecast will stream at 4 p.m. ET/1 p.m. PT on Feb. 8. You can watch that online.
The Grammy telecast starts at 8PM on CBS.

I, however, will be catching Jon Hassell and his band creating ethno-electronic soundscapes and improvisations at World Cafe Live in Philadelphia.