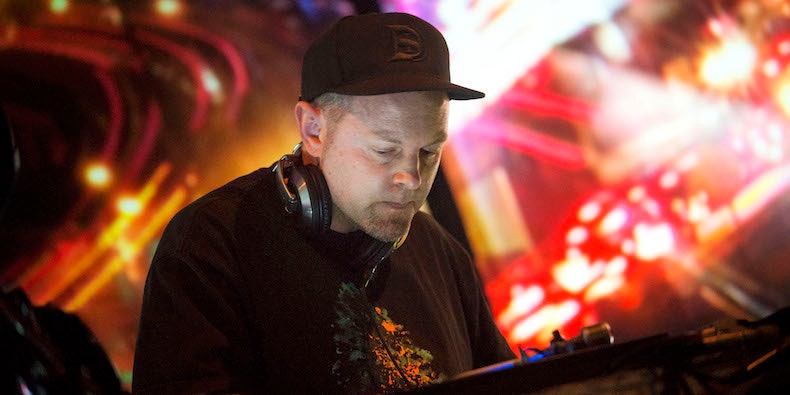 DJ Shadow is known for his strong collaborations with hip hop artists such as Run the Jewels, however, his music for “Corridors” takes you on a different path with the help of film composer Steven Price who composed that great score for Gravity. “Corridors” has an abstract vibe with it’s off-tempo beats and the inclusion of orchestral instruments which is new territory for DJ Shadow. The track builds up from a tense, cinematic open to the stuttering groove and melodic glitches of Shadow’s electronic waves. Price’s cinematic presence can be heard throughout the track, particularly in the second half. The shimmering, organic tones of the orchestra overlap are interpolated with the propulsive electronic groove building to a crescendo.

The video is centered on several quick shots of women in a swimming pool, washed in shadows and errant lights as they pose swimming underwater, in minimalist synchronized swimming, and standing on the side, their swim goggles suggesting alien intent.  A translucent remote control toy truck swervess through a warehouse, and a turntable that has The Mountain Has Fallen ep on vinyl frozen in a block of ice. It seems to be melting throughout the video but is never released. The conclusion, a shot of an empty hotel corridor, is oblique to say the least.