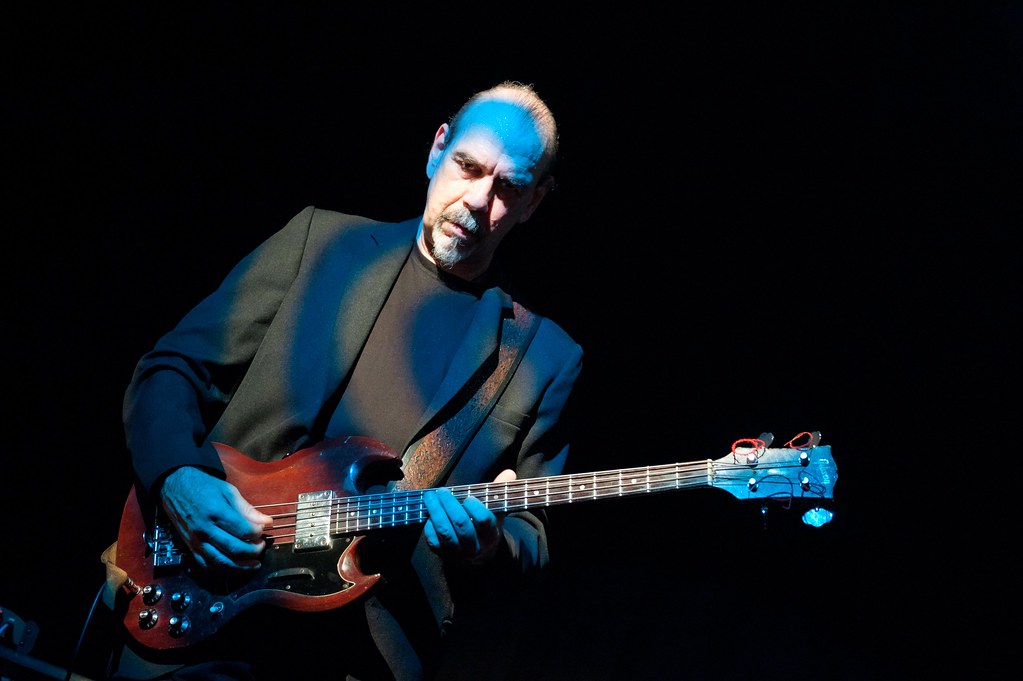 Peter Principle, a key member of Crammed Discs experimental post-punk-new wave band, Tuxedomoon unexpectedly passed away in Brussels at the age of 63, July 17, 2017. The band celebrates their 40th anniversary this year and were gathered in Brussels to work on their upcoming new album and tour. The probable cause of his sudden death is a heart attack, or a stroke.

Peter was an exceptional bass and guitar player, and a great sonic experimentalist. He had joined Tuxedomoon shortly after the band’s creation by Steven Brown et Blaine Reininger, and played a central role in the composition, recording and production of all the band’s records, from their first EPs and their debut album “Half-Mute” (1980) to their most recent releases, the “Pink Narcissus” album (2014) and the original soundtrack for the film “Blue Velvet Revisited” (2015).

Peter Principle also recorded four very interesting solo albums (“Sedimental Journey” and “Tone Poem“, respectively released by Crammed in 1985 & 1989, as part of the Made To Measure series, and “Conjunction” [1990] & “Idyllatry” [2005]), in which he gave free rein to his taste for experimentation and his love for quasi-psychedelic soundscapes. He onc

e explained that he had discovered the magic of pure sound by listening to the sound of lawn-mowers in his native New York suburb, and then proceeded to reinvent musique concrète (which he didn’t know already existed)…

Born Peter Dachert, he had adopted this pseudonym as an ironic tribute to the book of the same name (“The Peter Principle”, a satirical management theory which states a.o. that, in all hierarchies, any employee tends to rise to the position where he reaches a maximal level of incompetence, or something like that…)